A Telegraph Operator’s ‘Night to Remember’ 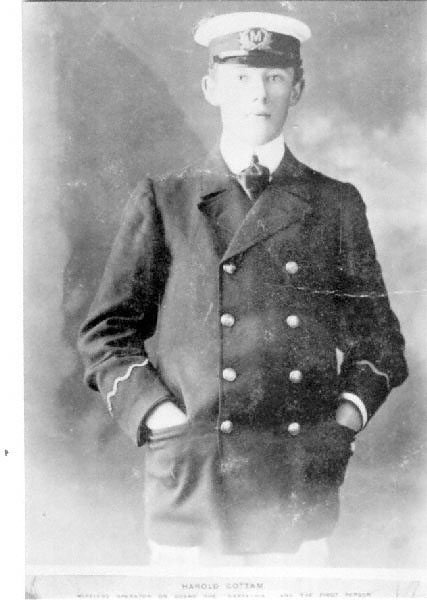 Late in the evening, April 14, 1912, on a passenger liner in the Atlantic Ocean, telegraph operator Harold Cottam was getting ready for bed. Cottam was the only wirelessman on board the RMS Carpathia bound for Gibraltar by way of New York. The day had been busy as usual and Cottam was looking forward to shutting it down for the night.

The radio, however, remained open.

“Why?” he was asked later in an inquiry.

“I was receiving news from Cape Cod.” he replied. “I was looking out for the Parisian, to confirm a previous communication with the Parisian. I had just called the Parisian and was waiting for a reply, if there was one.”

At this point, Cottam might have been asked about allegations, based on the late hour, that he was listening to Cape Race in Newfoundland for English football scores, clearly against regulations. But under oath, he said it was only the Marconi base at Cape Cod he was monitoring. Cottam says he kept the telephone on his head with the hope that before he got into bed, a message would be confirmed.

“So, you were waiting for an acknowledgement [from the Parisian]?”

Cottam says he received no word from the Parisian, but did get a late transmission from Cape Cod to relay a message to another ship steaming to New York from England’s Southampton shore.  The large ocean liner had been sailing for several days and the messages – mostly personal correspondence for passengers – did not go through. Perhaps Cottam, who was closer, would have better luck. “I was taking the messages down with the hope of re-transmitting them the following morning,” Cottam said. But Cottam didn’t wait until morning. He immediately tried to reach the ship.

“And you did it of your own accord?”

“I did it of my own free will,” he replied

Cottam said he sat down at the telegraph desk and tapped out these words: “From the Carpathia to the Titanic are you aware of a batch of messages for you” The reply came quickly.  It wasn’t what Cottam was expecting: CQ followed by D, a general distress call.

“And what did it mean?” he was asked.

“Come at once,” Cottam explained, 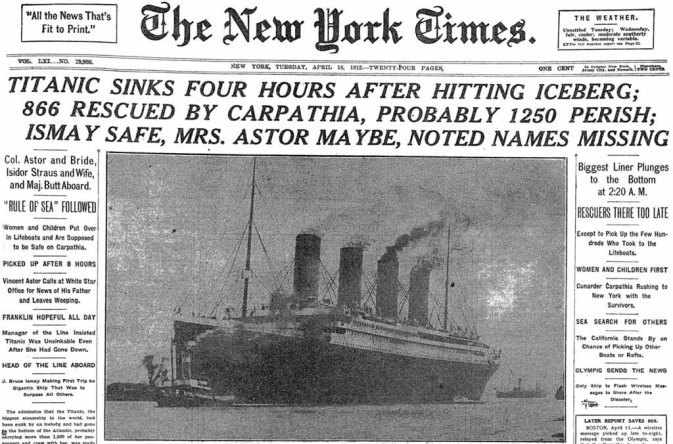 One thought on “A Telegraph Operator’s ‘Night to Remember’”

I love it. Anything about that night is thrilling to me.