The Sleigh Racing ‘Jingle Bells’ Was Originally a Drinking Song

There just isn’t much Christmas in the song “Jingle Bells.”

True, the words “laughing” and “joy” is included in the song and the connotation of the word “jingle,” especially around Christmas, is more festive than alarming. Still, the original song evoke’s a more serious tone and the so-called “jingle bells,” well, they were there for a specific reason.

More on that in a moment.

First the backstory behind this curious tune.

James Lord Pierpoint, a New Englander, is credited with authoring “Jingle Bells.” Some suggest he wrote it in honor of the Thanksgiving feast rather than Christmas, which is unlikely on both counts.   After all, how many carols were being written specifically about Thanksgiving?

Roger Lee Hall, a New England based music preservationist, does not refute or confirm the Thanksgiving theory only reiterates that Pierpoint may have written the song around Thanksgiving time, but probably not about it.

But like the lack of any Christmas themes, the song does not invoke the spirit of food or sharing – only a time and place. So at least the snow fits, especially in the upper east. In this case, Medford, Massachusetts, Pierpoint’s hometown.

The song was originally released as “One Horse Open Sleigh” and later changed to “Jingle Bells or One Horse Open Sleigh.” Eventually, it was shortened to ‘Jingle Bells.” Copyrighted in 1859, the first recorded version of “Jingle Bells” was on an Edison Cylinder in 1898. Popular orchestra leaders like  Benny Goodman and Glenn Miller did big band renditions of the song in the 1930’s and 40’s and crooner Bing Crosby would record it in 1943.

Crosby’s bouncy version with the Andrew Sisters is still considered a holiday favorite. 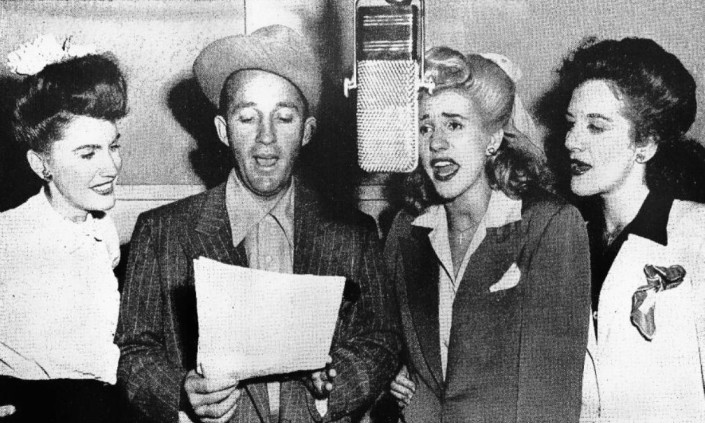 The first arrangement of “Jingle Bells”, which was less upbeat, is different than the one we hear today. Early on, it is said, “Jingle Bells” was featured in drinking establishments, and sung by men who would clink their tankards like bells when the word “bells” was mentioned.

In stark contrast. “Jingle Bells” is also reported to have been honed for a Sunday service since Pierpoint was the son of a minister. But as others point out, the song may have been too “racy” for church.

Obviously, we don’t hear the “racy” part in the modern version. Many of the original lyrics and several verses are eliminated completely. Only the first and familiar verse of the song is heard and usually repeated several times:

Bells on bobtail ring
Making spirits bright
What fun it is to ride and sing
A sleighing song tonight!

In one unfamiliar verse, the rider and his guest, a woman friend named “Fanny Bright,” get upended, or “upsot” (meaning capsized) by a skittish horse:

The horse was lean and lank
Misfortune seemed his lot
He got into a drifted bank
And then we got upsot.

In another verse, a similar mishap is ridiculed by a passerby:

A gent was riding by
In a one-horse open sleigh,
He laughed as there I sprawling lie,
But quickly drove away.

The chorus is then sung similar to what we know it today:

Jingle bells, jingle bells,
Jingle all the way;
Oh! what joy it is to ride
In a one-horse open sleigh.

(The word Joy was eventually replaced by “fun” in later versions.)

The last verse references the races:

Just get a bobtailed bay
Two forty as his speed
Hitch him to an open sleigh
And crack! you’ll take the lead.

Today, “Jingle Bells” evokes cheerful laughter and joy and is often associated with Santa’s reindeer, so the term has certainly transcended its original meaning.

But the true purpose of the bells is much more alarming – quite literally.

Sleighs made no sound as they glided over the snow, so the bells were used to warn others they were coming.

Hear jingly bells ringing? Get the heck out of the way. 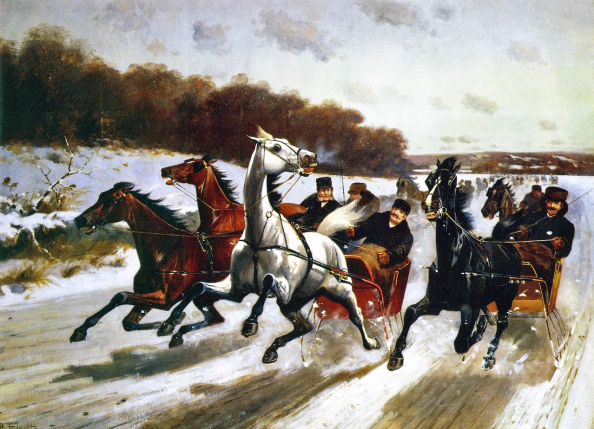 Thank you for this interesting, informative, and entertaining post.