On February 5, 1937, President Franklin Delano Roosevelt announced his intention to expand the Supreme Court to as many as 15 justices. The move was clearly a political one. Roosevelt was trying to “pack” the court and in turn make the nation’s highest court a completely liberal entity. Republicans cried foul.

Roosevelt didn’t care what his opponents thought. He embraced the criticism and mostly ignored it. Although politically it was still a hot button issue, his New Deal policies had earned public acceptance, even praise. The high court, however, was another matter. They had previously struck down several key pieces of his legislation on the grounds that the laws delegated an unconstitutional amount of authority in government, specifically the executive branch, but especially the office of the president.

Roosevelt won the 1936 election in a landslide and was feeling a bit emboldened. If he could pack the court, he could win a majority every time. By constitutional law, Roosevelt couldn’t force any justice out, but he could offer an incentive to leave.  So the president proposed legislation which in essence asked current Supreme Court justices to retire at age 70 with full pay or be appointed an “assistant” with full voting rights, effectively adding a new justice each time.

This initiative would directly affect 75-year-old Chief Justice, Charles Evan Hughes, a Republican from New York and a former nominee for president in 1916 who narrowly lost to incumbent Woodrow Wilson. Hughes resigned his post as a Supreme Court Justice to run for president, then served as Secretary of State under the Harding administration. In 1930, he was nominated by Herbert Hoover to return to the high court as Chief Justice. Hughes had sworn in Roosevelt twice. Now he was being asked by the president to give up his post or, under Roosevelt’s plan, give the president the power to appoint another justice.

In May of 1937, however, Roosevelt realized his “court packing” idea was wholly unnecessary. In an unexpected role of reversal, two justices, including Hughes, jumped over to the liberal side of the argument and by a narrow majority upheld as constitutional the National Labor Relations Act and the Social Security Act, two of the administration’s coveted policies. Roosevelt never brought up the issue of court size again.

But his power move didn’t sit well with the press.

Newspaper editorials criticized him for it and the public’s favor he had enjoyed after two big electoral victories was waning. He was a lame duck president finishing out his second term. Then Germany invaded Poland. Roosevelt’s steady leadership was lauded in a world at war.

In 1940, he ran for an unprecedented third term and won easily. 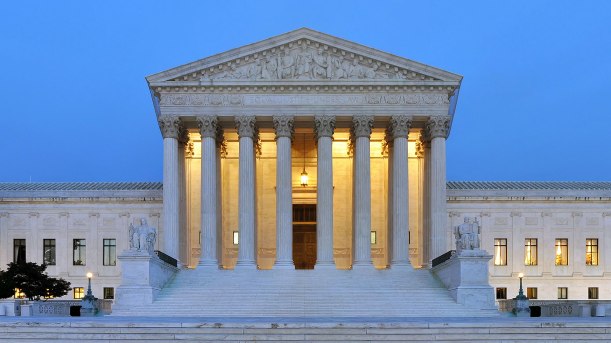