‘Tobor the Great’ Was a Man-made Mechanical Movie Star 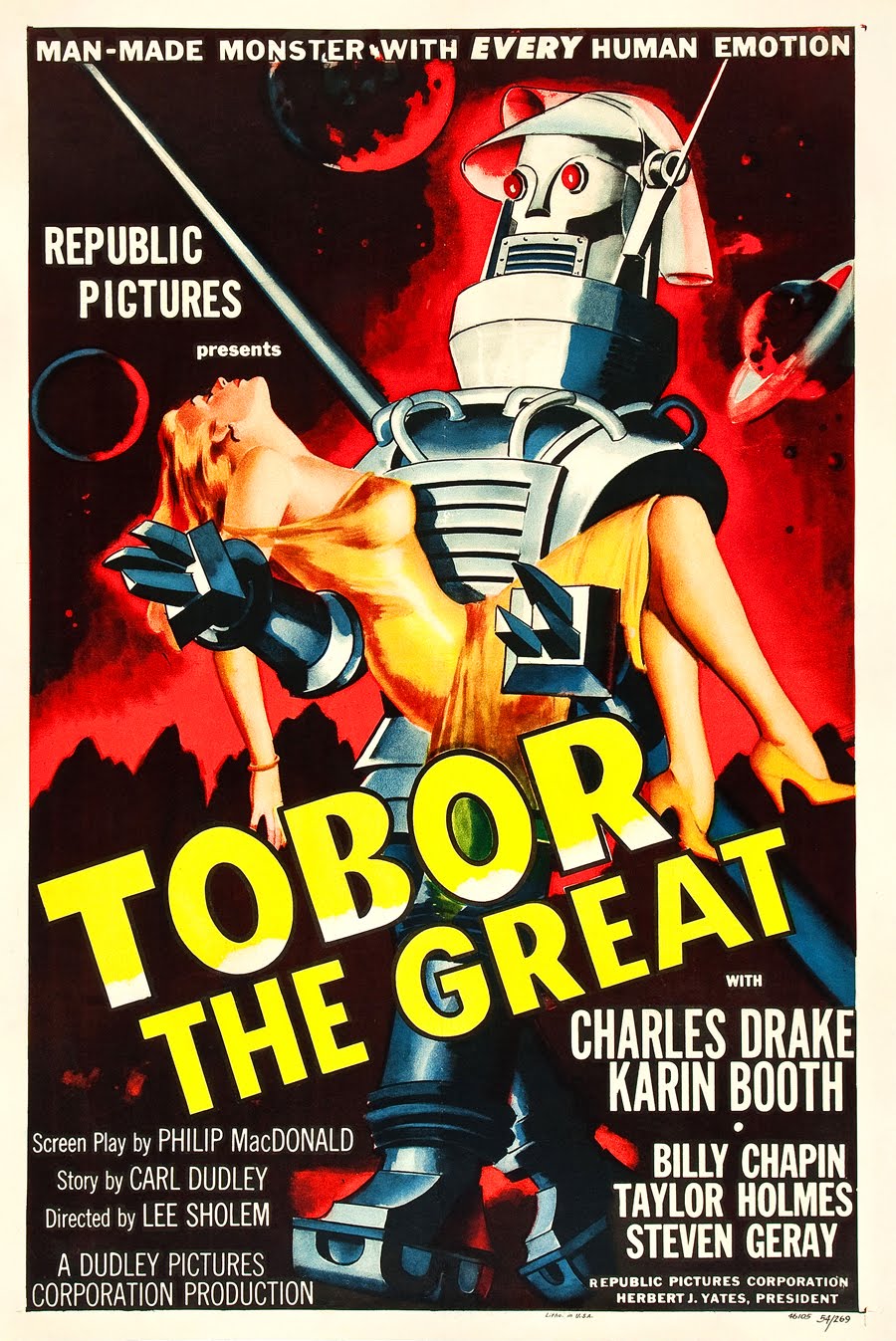 In The fall of 1954, a new movie titled “Tobor the Great” was released in theaters. It was billed as “a science fiction film for kids” and Tobor “a man-made monster filled with every human emotion.”

In the film, Tobor is a fabricated astronaut who can “live where no human can breathe.” He is befriended by 11-year-old Brian, nicknamed “Gadge,” who together battle Soviet agents who want Tobor for themselves.

“Gadge” is taken hostage, but using his emotions, summons Tobor who arrives to save the day by carrying the boy to safety in his clunky arms.

The movie had no name actors and was shot in less than a month. Still kids adored the mechanical Tobor and parents appreciated the heartwarming ending. Critics were mostly kind, evoking a child’s sensibilities in their approval: “To say children will be delighted by this brand new science fiction adventure would be putting it ‘Super Sonic,’” as one reviewer put it.

In Florida at Miami’s Embassy Theater the movie played as a double-bill with another kids film, “Roogie’s Bump,” about a boy’s love for baseball and a heavenly visit from a deceased ballplayer.

“Tobor is filled with lots of scientific chatter in its early reels,” wrote the Miami Herald,  “but builds up to a faster pace as the robot comes to the rescue in the final reels.”

The kids featured in the movies are so smart and well-behaved that the Herald reviewer joked:  “Patrons of the Embassy can hardly be held accountable if they view the double-bill and go home and beat their normal, average children.”

Today “Tobor the Great” is considered low budget and schlocky and filled with “terrible acting and dialogue.” A contemporary audience on RottenTomatoes.com rates it at 50-percent on the Tomatometer. “This is one of those movies which makes robots seem less scary and more like friends,” goes one positive audience reviewer.  Another called it “corny” and “bland.”

None of that mattered to kids in 1954. For months after the movie’s release, Tobor giants were seen throughout larger cities making appearances and holding children aloft just like in a movie.

Tobor toys filled the shelves, including a popular remote-controlled model. 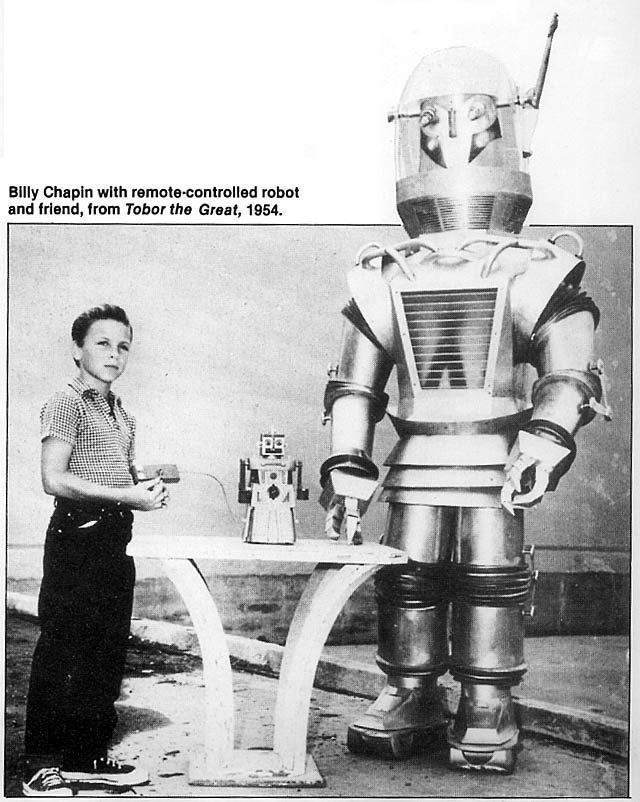 Perhaps the acceptance of the film was due in part to its ingenious title.

The fun was in Tobor’s distinctive name.

Spell it backwards and you discover that Tobor is no “monster,” as the ads suggest, but a simple robot – and a gentle one at that.