Charles Manson has a Boyhood History in the Heartland 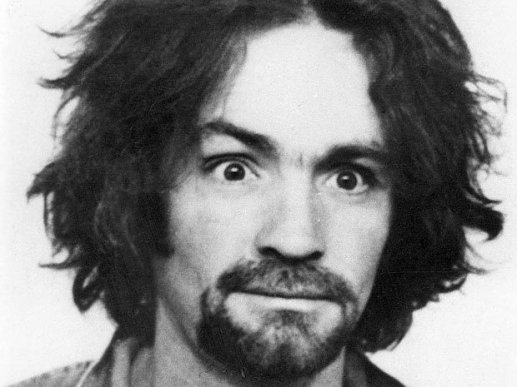 Thanks to author Jeff Guinn’s biographical book of Charles Manson, titled Manson: The Life and Times of Charles Manson, a few more details emerge about the notorious killer’s time as a boy, his introduction to crime, early run-ins with the law, and in particular, his short but volatile stint in the nation’s heartland, specifically Peoria, Illinois.

Sometime in the late 1940’s, Guinn explains that Manson, or “Charlie” to his friends and family, and another boy named Blackie Nielson broke out of Boys Town in Omaha, Nebraska, stole a car and drove it to Peoria where Nielson’s uncle lived.

Manson was in Boy’s Town after failing to stay at another boy’s school in Terre Haute, Indiana. His mother Kathleen insisted Charlie go to a reform school while she served prison time for a bit role in an attempted robbery masterminded by her brother Luther, Charlie’s uncle.

In Terre Haute, Manson ran away and ended up in Indianapolis where he robbed a few dime stores.  He needed the money to rent a room and hide. He pushed his luck though and got caught. The sympathetic judge went easy on young Charlie. “Erroneously assuming that the boy was Catholic,” Guinn writes, “the judge sends him to Boy’s Town, the most famous juvenile facility in America.”

That would straighten him out, the judge conferred.  But it didn’t work. Boy’s Town had a reputation for turning wayward boys around, but it was no prison and security was lax. Manson and his new friend, Blackie, left the grounds, hotwired a car and hightailed it to Illinois.

What happens next is fragmentary. It’s probably why Guinn spends only a few paragraphs on it. In fact the word “Peoria” isn’t even listed in the book’s index. But Manson’s time in Peoria may be just as influential on the young boy’s life as his first arrest in Indianapolis.  It’s also just as surprising, considering his age. After all he was only thirteen, according to Guinn.

Guinn writes that Charlie and Blackie set out to rob a few businesses in Peoria, including a grocery store. But these “knock offs” were different.  Charlie had a gun. Even Guinn’s not sure how he got it, possibly stole it from Blackie’s uncle. But how is not as important as – why?  In hindsight, it’s apparent the young boy was headed towards a more complicated life of crime – even murder. But instead of ripping off a few dinky stores just to get by like he did in Indianapolis, this time Manson armed with a weapon appeared to be doing it for fun. When Manson got caught again, a Peoria judge wasn’t so lenient.  He sent Charlie to a hard core reform school in Plainfield, Indiana where adult supervisors were more like drill sergeants. The rest of Manson’s youth plays out similarly – bit robberies, run-ins with the law and eventually some prison time – until we get to the 1960’s and the unfortunate reasons why he is famous today.

But that was it for Manson’s time in Peoria.

Throughout the years, a few articles in the Peoria Journal Star bulletin the arrests but offer few details.  Did Manson really try to rob the Chevrolet dealership on Main Street and jump into a squad car instead of a getaway car, as the paper claims? Heady stuff, for sure. But true?

Thanks to the efforts of Peoria Journal Star columnist Phil Luciano who in 1992 wrote a letter to Manson asking: What brought you to Peoria and what did you do here? Manson wrote back as he often did to reporter’s inquiries. His answers are lucid enough, but not very descriptive or specific. Manson recalls stealing some jewelry, putting it in a safe and dumping the safe over a bridge onto railroad tracks below. “Yeah, I did a lot of growing up in that town (Peoria),” he writes in the letter, “fast growing up.”

Manson’s other recollections of Peoria makes it sound like he was in town for months, if not years (Guinn’s book isn’t clear on this. Likely, it was only for a couple of weeks). Of course, for Manson, this comes nearly 50 years after the fact. A lot more scandalous and disturbing events took place in the man’s life since then, including the murder of actress Sharon Tate and four others on August 8th and 9th, 1969.

Guinn claims that his correspondence letters from Manson were mostly ramblings about how he had been wronged and not much else. “That’s all you need to know,” Manson curtly answered one letter after offering nothing substantial in return. Apparently he didn’t like books written about him.

Manson was sentenced to life for the Tate/LeBlanco murders, incarcerated in a California State Prison, frequently denied parole, and died on November 19, 2017 at the age of 83.

The cover of Guinn’s book shows a picture of a neatly dressed young man.  He is smiling and seems content. Although his gaze is slightly off, there’s only a hint of the “crazy eyes” that his cousin’s claim Charlie possessed at times.

The more recognizable image of the convicted killer with tussled hippie-like long hair and a creepy blank stare would come later, when Manson was in his late 20’s and early thirties.

While in Illinois, Charlie was just a teenager.