Don’t Tread on Me flag origins

Benjamin Franklin and the Turkey

It’s hard to imagine anything other than the majestic bald eagle as the symbol of the United States of America. But back in the late 18th century, when good and honorable men were deciding such things, there were several considerations, mostly other animals, vying for a symbol which best represented the new country.

Was the turkey one of them?

Perhaps, but it wasn’t Benjamin Franklin who nominated the turkey, as some history lessons would later suggest.  Franklin’s choice for America’s national symbol was much different than both the bald eagle and the turkey.

He did however admire the turkey. 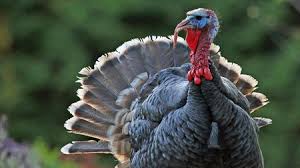 In 1783, a year-and-half after Congress adopted the bald eagle as the symbol of America,  Franklin saw the image of the bird on the badge of the Society of the Cincinnati of America, a military fraternity of revolutionary war officers. He thought the drawing  of the bald eagle on the badge looked more like a turkey, a fair and reasonable complaint considering the image looked like, well, a turkey.

But it was the use of the bald eagle as the symbol of America that most infuriated Franklin. “[The bald eagle] is a bird of bad moral character,” he wrote to his daughter. “He does not get his Living honestly.”

It was a a matter of principal for Franklin. The bald eagle was a notorious thief, he implied. He had a point. Considered a good glider and observer, the bald eagle often watches other birds, like the more agile Osprey (appropriately called a fish hawk) dive into water to seize its prey.  The bald eagle then assaults the Osprey and forces it to release the catch, grabs the prey in mid-air, and returns to its nest with the stolen goods. “With all this injustice,” Franklin wrote as only he could, “[The bald eagle] is a rank coward.”

Franklin then expounded on the turkey comparison: “For the truth, the turkey is a much more respectable bird…a true original Native of America who would not hesitate to attack a grenadier of the British Guards who should presume to invade his farmyard with a red coat on.”

Franklin’s suggestion of the turkey as the nation’s symbol, however, is a myth. He never suggested such a thing. He only compared the bald eagle to a turkey because the drawing reminded him of a turkey. Franklin’s argument was in the choice of the bald eagle and not in support of the turkey, an idea he called “vain and silly.”

Some even claim his comments and comparisons were slyly referring to members of the Society, of whom he thought was an elitist group comprised of “brave and honest” men but on a chivalric order, similar to the ruling country to which they helped defeat. This might explain why Franklin’s assessment of the bald eagle in the letter is based solely on human behavior, not a bird’s.

Perhaps when Franklin made the disparaging comments against the bald eagle he was also harboring a nearly decade old grudge.

In 1775, a year before America’s independence, Franklin wrote the Pennsylvania Journal and suggested an animal be used as a symbol of a new country, one that had the “temper and conduct of America,” he explained. He had something in mind. “She never begins an attack, nor, when once engaged, ever surrenders;” he wrote. “She is therefore an emblem of magnanimity and true courage”

Eventually the image Franklin suggested did appear on a $20 bill issued in 1778, adopted for use as the official seal of the War Office, and may have been the inspiration for the Gadsden flag with the inscription, “Don’t Tread On Me.”

But it never officially became the preferred symbol of the new country.

That belongs to the bald eagle.