The Stinking Truth About The Phantom’s Opera House

(Note: This story was inspired by a 1986 playbill for The Phantom of the Opera at Her Majesty’s Theater in London).

In Paris, around the mid 1800’s, a man named Eugene Belgrand was hired to overhaul a system of underground sewer tunnels that were built nearly five centuries before and while still in use, was in desperate need of repair.

The plan was to make the tunnels more functional in the era of modernized sanitation, which at the time, wasn’t very sanitized at all. That’s because in 19th century Paris, as in other large European cities, waste was still being tossed onto the street, washed away by the rain, and ending up in filthy rivers, like the Seine, where even the shamelessly rich and privileged who strolled the fancy stone walkways of its shore, were appalled.

The old tunnels could still be used, officials determined, but needed reinforcements and additions to be more effective. The French engineer’s task was simple: make it better.

That of course was the practical reason for the upgrade. The more emotional plea came from Parisons who were just plain sick of the consistently putrid smell and squalor conditions. Women especially complained that they were forced to carry parasols all the time for fear of being dumped on from windows above. So Belgrand reshaped the tunnel routes, put in more drains, built more aqueducts, and started treatment plants. Eventually, 2,100 km (1300  miles) of new pipes were installed and the Paris sewer system became the largest of its kind in the world.

But not necessarily the most reliable.

Many of the early tunnels were built tall and wide, but not designed for uniformity. The chutes weren’t long enough or sufficiently sloped enough to keep the flow moving. Victor Hugo in his 1862  novel Les Misérables called the Paris sewers a “colossal subterranean sponge.”  Even improved, the waste would still back up and somebody – or something – had to unclog it. Workers would do their best to dislodge the muck first by hand – usually with a rake. When it was too deep, or wouldn’t budge, dredging boats were used with some success. But when a boat didn’t work, by far the most effective method was using the wooden ball.

The ball was around 5-feet in diameter and resembled a wrecking ball in size, but not nearly as heavy. Constructed out of wood and hollow inside the outside was reinforced with metal for more solidity.

Some mislabeled it an “iron ball,” assuming it was solid throughout, which if true would have been far too cumbersome to move. Several men with ropes could easily lift the wooden ball or pull it into position. With a push the ball was sent careening into a tunnel. (Think of a bowling ball rolling down an alley gutter – only on a much larger scale.)

A London society newsletter in 1887, praised its dependability: “As soon as it comes to a point where there is much solid matter in the sewer it is driven against the upper surface of the pipe and comes to a standstill. Meanwhile the current gathering strength behind it rushes with tremendous force below the ball carrying away all sediment or solid matter and leaving the course clear.” The ball worked well for a time, but eventually its effectiveness wasn’t enough. By the early 20th century, a more streamlined method was deployed that harnessed and released rain water. The increase in the current’s velocity would flush the obstruction away. “The rain which sullied the sewer before, now washes it,” Hugo declared.

The Paris tunnels are still in use today and tourists to the city can visit a museum dedicated to the centuries old system.  Guided tours lead patrons through narrow stairwells and dank rooms as the sound of waste water is heard rushing through the tunnels below. Even the wooden balls are on display.

When the famous Paris Opera House was built in the 1870’s, architect Charles Garnier’s construction team ran into a problem.  While digging the foundation wall, they hit an arm of the Seine, likely an extension of the tunnel system that led to the river. They tried to pump the water out but it kept coming back. So Garnier designed a way to collect the water in cisterns thereby creating an artificial lake nearly five stories beneath the stage.

It is in this “hidden lagoon” that author Gaston Leroux had an idea for a book that he claims was based on real events. In the story titled Le Fantôme de l’Opéra, a troubled soul named “Erik,” who is grossly disfigured, escapes to the catacombs and the lake below the Opera House. By banishing himself from society, “Erik” became a “ghostlike” figure until a sweet soprano’s voice lures him back to the theater’s upper works.

In the popular musical version that came out many years later, the “Phantom of the Opera” takes his unsuspecting love interest Christine on a gondola ride through the underground lake.

A scenario that if true, would be far less romantic than portrayed in the famous theatrical production.

Whether or not the lake was connected to the tunnels or ran directly from the Seine River, didn’t matter. The result would still be the same. Instead of being mesmerized by the experience as if in a fantasy world, in reality, the lovely Christine would likely be holding her nose, gagging, or worse. 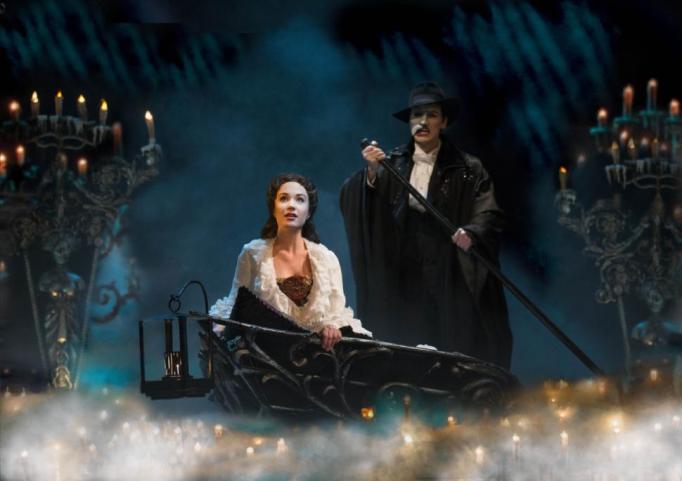