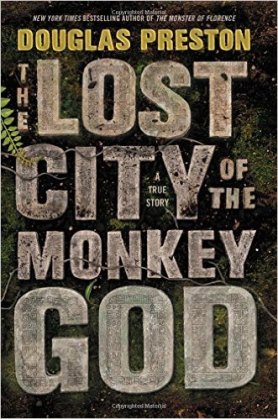 In Douglas Preston’s book The Lost City of the Monkey God, the true tale of a modern day exploration to find an ancient city deep in the Honduran rainforest, the author presents a compelling history of the troubled Central American republic right down to its most exotic, and at one time, most corrupt export.

Of course, narcotics and drug smuggling would soon take over as Honduras’ most nefarious trade and it’s why today many foreigners are warned not to travel there. Preston and his team took the risk anyway. There was a mysterious and lost city to find and poisonous snakes, diseased mosquitoes and dangerous drug cartels were all part of the adventure.

Preston’s fast paced and informative book is the reward. It’s a fun read. But as the author points out, there was a precursor to the problems in Honduras which began in the late 19th century and was just as heated, and in retrospect, just as cutthroat as the drug trade today.

And it starts with two American fruit sellers.

In 1885, a man named Andrew Preston (a distant cousin of the author), was a Boston entrepreneur who co-founded the Boston Fruit Company. His plan was simple: revolutionize the banana market by using fast steamships to move the perishable fruit quickly back to the U.S. before they spoiled. Until then bananas were rarely transported to the Eastern seaboard because sailing ships could not move them fast enough. Preston’s speedy steamers did the trick. Bananas soon became one of the most popular delicacies in America.

Preston bought 40 acres of plantation land in Honduras, and the Boston Fruit company became the larger United Fruit Company. “United Fruit and the other fruit companies that soon followed became infamous for their political and tax machinations, engineered crops, bribery and exploitation of workers,” the author Preston writes in his book.

But that’s not all. Another American named Samuel Zemurray would enter the fray. Zemurray was a Russian immigrant who worked as pushcart peddler in Alabama. As a teenager, Zemurray traveled to Boston and watched as Preston’s banana ships arrived. He noticed crews throwing out large batches of bananas that were beginning to ripen. So Zemurray gathered them up at no cost of his own, threw them on a railroad car, and announced to grocers along the line that he had bananas to sell far less than the shipper’s price. He quickly bankrolled over 100,000 dollars, bought five thousand acres of banana groves in Honduras and opened up his own fruit shipping business named the Cuyamel Fruit Company. For a time, everything was going swimmingly for Zemurray in Honduras. Then politics got in the way.

Honduras and its people were struggling economically and the government sought financial help. The British banks loaned the republic millions of dollars that they soon found out could not be paid back. The Brits threatened military action to collect it, but the President of the Untied States at the time, William Howard Taft, would hear none of it. He ordered his Secretary of State, Philander Knox, to recruit financier J.P Morgan and buy up the loan at fifteen cents on the dollar. Morgan struck a deal with the Honduran government to occupy its customs offices and collect all the tax receipts to pay off the debt.

Zemurray was hit hard. The crafty exporter known to locals as “Sam the Banana Man” had worked out a favorable tax-free deal with Honduran officials and Morgan’s “penny a pound” tax would surely put him out of business. But Zemurray would not go without a fight. He went directly to D.C. and straight to Knox’s office to protest. Knox nearly kicked him out the door. Pay up and do what’s right for your country, Knox implied. When an angry Zemurray left, Knox put a secret security tail on him  just in case he tried to do something  foolish.

Zemurray was done dealing with his own government. Instead, he went to the deposed former president of Honduras, Manuel Bonilla, who was flat broke and living in New Orleans. Apparently dodging Knox’s security detail, Zemauury met Bonilla and convinced him to lead a path back to power, led by support from Hondurans who thought Morgan’s tax plan would threaten their sovereignty. It worked. Under pressure from the Honduran people, the current president resigned and Bonilla was reelected president. He immediately awarded Zemurray with a plum 25-year tax free concession, a $500,000 loan and nearly 25,000 prime acres of coastline land. The American got his tax break back and all the credit for the coup. As Preston writes: ” He had outmaneuvered Knox, successfully defied the US government, poked J.P Morgan in the eye, and ended up a much wealthier man.”

According to Preston, this would be that start of a long and contentious relationship involving banana companies in America and the government of Honduras. Soon the country  would earn the nickname “Banana Republic, a term first introduced by writer, O’ Henry in 1904, in his fictional novel Cabbages and Kings, describing an imaginary country, Anchuria, as a “small, maritime banana republic,” meaning a country reliant on one crop, usually in a dominate or corrupt way. Today, the term is cavalierly used and represents countries with more politically shrewd intentions than just selling fruit, but the point is made.

In the book, before author Preston and his team sets out to find the “Lost City of the Monkey God,” (hence the title), he wraps up Andrew Preston and Samuel Zemurray’s story.

Faced with a price war on bananas, Andrew Preston’s United Fruit, eventually bought out Zemurray’s Cuyamel Fruit Company paying him $31 million in U.S. dollars. Trouble followed. Preston died in 1924 and the Great Depression hit. The stock declined and the company went into disarray. Zemuarry saw a chance to get back in. He convinced enough United shareholders to vote by proxy and put him in charge. He fired all of Preston’s board members, gained control of the struggling company and brought it back to respectability. Later, he gave up the business, and using his own fortune funded numerous humanitarian causes in Honduras – all for the better.

But as Preston points out, as colorful as the history of Zemurray and others in this saga was, and long before the drug runners came nearly century later, “the fruit companies left a dark colonist legacy that has hung like a miasma over Honduras ever since.”

And its due in part to America’s insatiable appetite for bananas and the men who sold them. 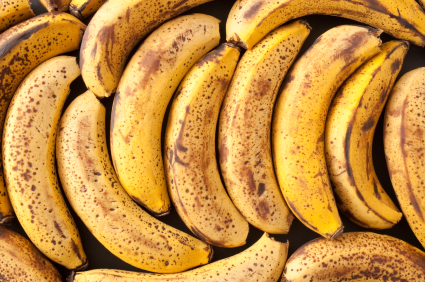