UNREMEMBERED: Tales of the Nearly Famous and the Not Quite Forgotten

“This is a history book about people and events that were famous once now mostly forgotten. It’s also about how lives connect and intertwine. Using a flowing narrative of multiple themes, I chronicle these fascinating figures in ways that made them instantly popular and reveal good or bad why today they are the stories of the Unremembered” – Ken Zurski, author 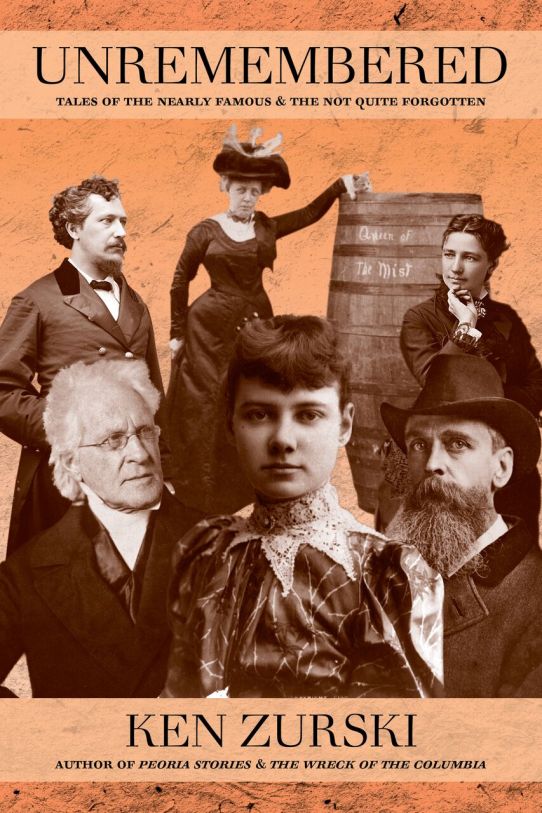 UNREMEMBERED INNOVATOR: Eadweard Muybridge, the Zoopraxiscope, and the Suspended Horse

In 1860, while traveling by stagecoach across the Texas plains, capitalist Eadweard Muybridge fell and suffered a serious head injury. Some say he never fully recovered. His doctor however suggested more fresh air. So Muybridge took up photography and began shooting landscapes.

Then in 1872, railroad magnate Leland Stanford hired Muybridge to shoot a horse. Not literally, of course, but with a camera. Stanford wanted to know if a horse lifts all four feet off the ground simultaneously during a gait. Muybridge managed to show a horse seemingly suspended in midair. But the shot, published as a line drawing at first, drew jeers from a skeptical public.

Muybridge found a way to convince them. He invented a machine called the Zoopraxiscope, where a silhouette image of a picture is painted on a revolving glass plate. When the light is shown through the cylinder the drawings seem to move.

Vindicated, Muybridge sought to improve his design. He went to see a man he thought might be able to put actual photographs on the cylinder.

After all, he had done the same thing with sound.

That man was Thomas Edison.